Hotelli | Boasting a garden, Warfsholm is situated in Klintehamn. Among the various facilities of this property are a bar and on-site dining. Both free WiFi and private parking are accessible at this property. Each room has a private bathroom with a shower. A continental breakfast is served every morning at the property.
Hiking is among the activities that guests can enjoy near the hotel.

Pensionat (Guesthouse) Warfsholm was built in 1899 by Willy Wöhler, also known as ”The King of Karlsö”, near the little village of Klintehamn, 30 kilometers south of Visby. It has since been a haven for busy citypeople (and others as well!) for recreation and socialising.

Warfsholm has 98 beds in hotel rooms and cabin flats, a fully licensed restaurant (open from late June to mid August) and a library. Pensionat Warfsholm sits on its own peninsula with a bathing jetty on the tip.

It's walking distance to the ferry to Stora Karlsö, with its unique geography, flora and fauna, especially the common guillemot. Less than ten minutes by car from Warfsholm is the Kroholmen golf course, ranked no 2 in Sweden and a must for every discerning golfer. The popular Tofta beach is only 15 minutes drive away.
Warfsholm is ideally situated on Gotland and the perfect starting point for exploring northern as well as southern Gotland. A 15 minute walk away is the village of Klintehamn with shops and a drugstore. Bus #10 runs between Visby and Klintehamn up to 16 times a day.

All the rooms at Warfsholm are a no smoking area. Dogs are allowed in Gäststugan 25-28 for an extra fee and in cabin flats.

Check-in from 3 pm. Kindly inform us of your check-in plans.

Check-out no later than 11 am. 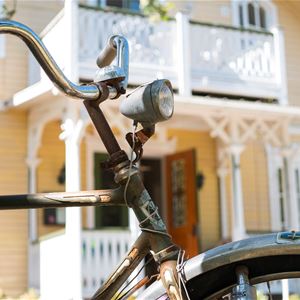 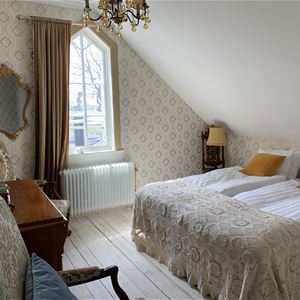 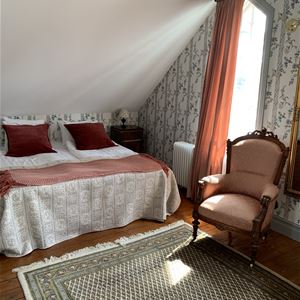